You may remember getting all those annoying mass emails a few months ago from every airline and hotel chain you have ever used asking you to vote for them in this years annual Freddie Awards. For those of you who don't know what these are, according to their website at freddieawards.com:

Introduced in 1988 by InsideFlyer magazine’s Randy Petersen, the “Freddies” are named in honor of Sir Freddie Laker and have grown in stature and importance to become the most prestigious member-generated awards in the travel loyalty industry. The goal of the Freddie Awards is to give voice to the frequent flyer and to honor the efforts of an industry that counts more than 300 million members worldwide.


This years winners were announced last week on April 28th at the T-Mobile Arena in Las Vegas, NV and the results are as follows. 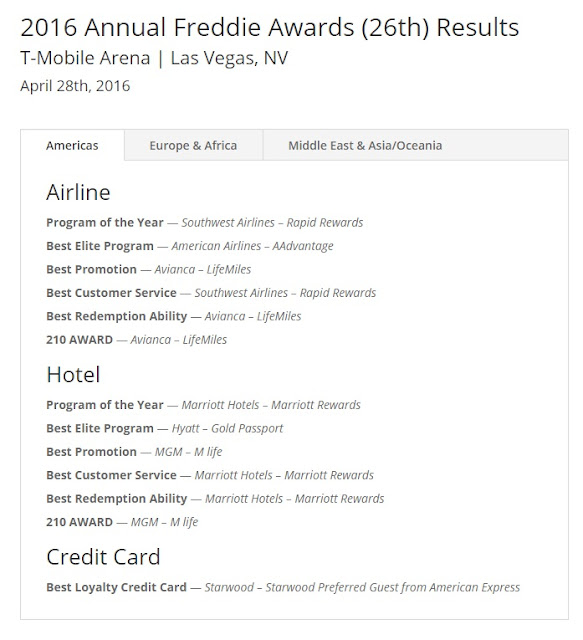 As you can see the big winners were Southwest Airlines for winning best airline program of the year and Marriott Hotels for winning best hotel program of the year. This doesn't really come as a surprise as these 2 programs tend to win regularly each year although the best airline will sometimes switch to American Airlines. And here are the results for Europe & Africa and the Middle East & Asia/Oceania. 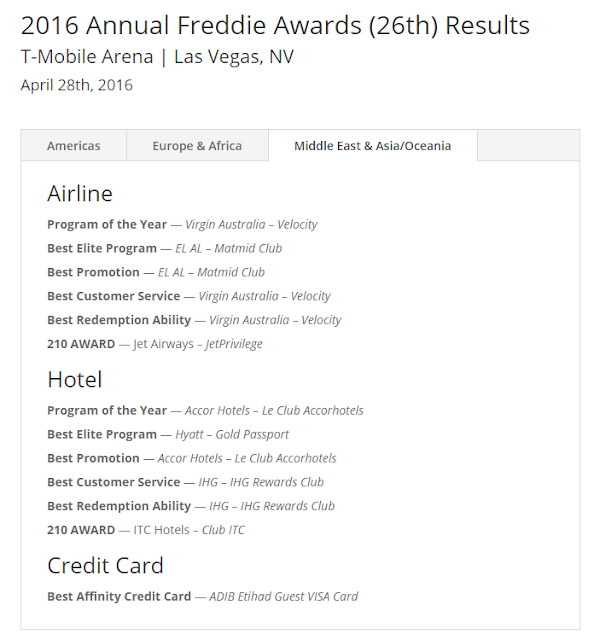 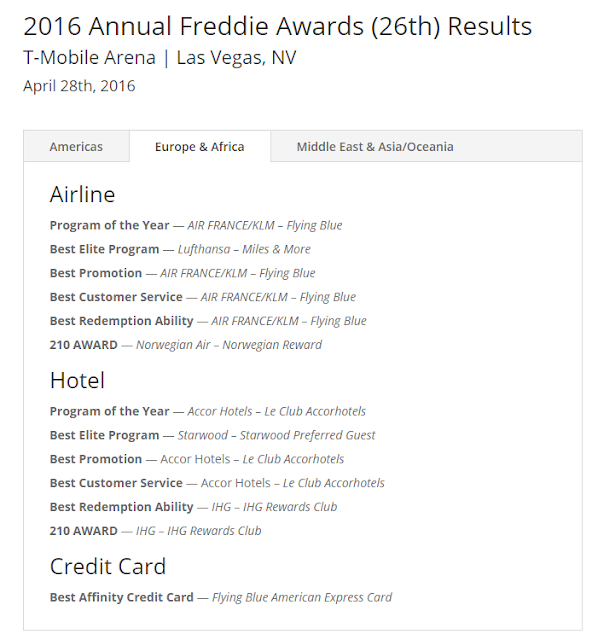 These results aren't too surprising and haven't changed much over the years. To my knowledge, this is the one of the largest and most well established award program for frequent travel programs that I am aware of and they claim that around 3 million ballots are cast annually. Interestingly enough, I was actually in Vegas last week when the ceremony was taking place (hence the lack of blog postings) and I also flew Southwest back home.
Posted by Flying From The Front at 5:04:00 PM