I know this news is a few days old but I thought I'd share it regardless. Recently it was announced that Capital One teamed up with Amazon to let customers use their Amazon Echo to perform different actions such as paying your bill or checking your balance.

I am a big fan of Amazon Echo and was one of the early adopters that received one before it became readily available to the public. 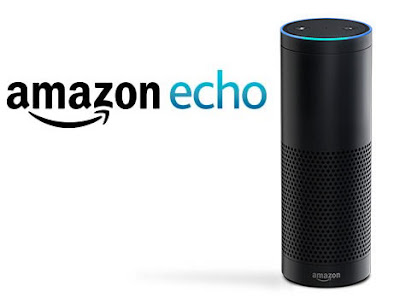 For those of you who don't know what this is, it's essentially a wireless personal assistant that utilizes voice commands to perform various tasks such as playing music, setting alarms, making to-do lists, checking the weather and traffic, and even controlling the lights in your house. More and more services are constantly being added to the Echo and Amazon also recently released a few different versions that are smaller and more portable called the Echo Dot and Amazon Tap.

Capital One has become the first credit card company to team up with Amazon and they now offer the ability to check your credit card balance, review recent transactions, pay your credit card bill, find out your available credit, among other simple tasks. First, you need to set up this service through the Amazon Echo by "enabling the skill" which you'll only need to do once and doesn't take that long to accomplish. Instructions on how to do this can be found here.

Once set up, then all you need to do is use your Echo like you normally would and say commands such as "Alexa, ask Capital One for my Quicksilver Card balance" or "Alexa, ask Capital One to pay my credit card bill." While some people may have concerns over security you do have the option of setting up a 4 digit passcode that will be prompted every time you say a command.

I think this is a great service that is being added to the already numerous features offered by the Amazon Echo. While I currently don't have any Capital One accounts, I'm guessing this relationship is just the beginning of many more financial relationships to come.
Posted by Flying From The Front at 4:39:00 AM

Email ThisBlogThis!Share to TwitterShare to FacebookShare to Pinterest
Labels: Amazon Echo, Capital One