What's in your wallet?

Despite using the slogan from Capital One, I actually don't have any Capital One credit cards in my arsenal. But I wanted to take this post to highlight some of the cards that I do have and discuss why I have them and in which order I obtained them.

In comparison to the large majority of other travel enthusiasts out there, I only have a very small handful of credit cards and don't practice the art of credit card churning that seems popular these days. 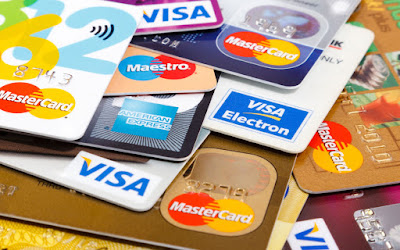 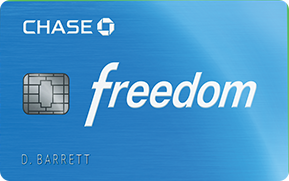 One of the very first credit cards I've ever owned well before I even knew that award travel even existed was the Chase Freedom. I obtained this card probably in my late teens and never even paid attention to the revolving bonus categories or realized the true value of the points I was collecting. Whenever I did collect a large enough number of points I would actually redeem them for cash back as a statement credit at a value of 1 cent per point which is absolutely a horrible redemption and the only thing I could have done worse was use them to purchase merchandise for even less value. Of course, I didn't have the Sapphire Preferred at that time so I couldn't have used them as the more valuable Ultimate Reward points which allow you to transfer them to various airline and hotel partners. Since this card has no annual fee and is one of my oldest cards I own I definitely plan on keeping it for as long as I can at this point. 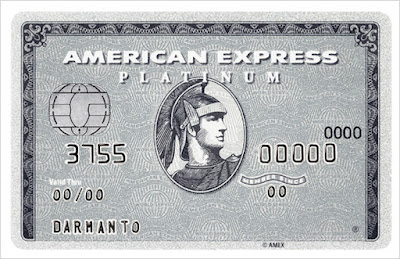 The first credit card I obtained a little over a year ago when I first started following the award travel blogs was the AMEX Platinum. I was aware of the different premium credit cards available at the time and settled on this card after some careful research. The main reason was since I had not done much traveling yet I didn't have status in any airline/hotel programs so was starting from scratch and wanted a card that offered a quick shortcut to many elite benefits. As detailed in a prior post, there are many travel benefits that this card comes with and the ones I was interested in at the time were TSA precheck and Delta Sky Club access for an upcoming trip to Hawaii. Of course, the numerous other benefits came in handy as well and this is another card that I plan on keeping around for now, until my travel habits decline a bit. It does come with a hefty annual fee of $450 so may not be a good option for beginners or those who don't travel much and there are many other less expensive options available. It is also not a very good card for general spending as it only earns 1 point per dollar and doesn't offer any bonus categories. 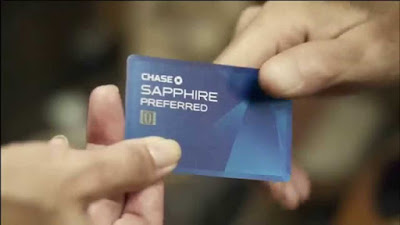 The next card I decided to pursue was the Chase Sapphire Preferred card. Anyone who follows award travel blogs regularly is aware of this card as it is a favorite amongst the community and offers many travel benefits not offered with the AMEX Platinum. The main reason I obtained this card was for the ability to earn 2x points on travel and dining which seems to be my main spending category. I can't even fathom the number of points I've missed out on by not having this card earlier. It also allows my Chase Freedom points to be used as the much more valuable Ultimate Reward points that can be transferred as previously mentioned. These 2 benefits alone make having the card worth it and it only has an annual fee of $95 which is waived the first year. I also enjoy using this card for my car rentals as if it one of the few that offers PRIMARY car rental insurance as opposed to secondary which can save you from having to file a claim with your personal car insurance. Luckily I have not had to make use of this yet but it has saved me from buying the expensive car rental's insurance policies. 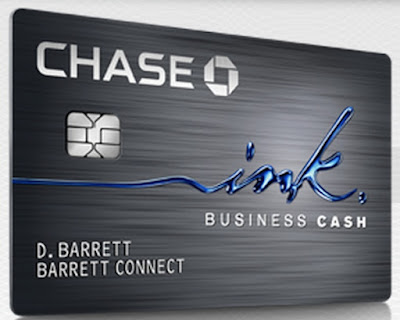 The next card I obtained was the Chase Ink Cash card. I was debating between this card and the Chase Ink Plus which is essentially the same card except it offers the opportunity to earn up to 5x points on the first $50,000 spent in combined purchases at office supply stores and on cellular phone, landline, internet and cable TV services each account anniversary year and also on the first $50,000 spent in combined purchases at gas stations and hotel accommodations as opposed to the first $25,000 with the Ink Cash card but it comes with an annual fee of $95. Since I know I'll never utilize the full $50,000 let alone the full $25,000 offered in bonus category spending I elected to go with the card with no annual fee. And just because this card is advertised as a "cash back" card, we all know that if combined with either the Sapphire Preferred (which I have) or the Ink Plus card then these points can become transferable in addition to cash back. I got this card because of the bonus categories and next largest category of spending I do is on bills so this takes care of that.

As you can see I don't own that many credit cards in total and am still missing a credit card to cover my non-bonus spending which is only earning 1 point per dollar currently. As I talked about in an earlier post, one of the cards I'm considering next is the Chase Freedom Unlimited card which offers a flat 1.5% back on all spending and has no annual fee. Like the original Chase Freedom, when combined with either the Chase Sapphire Preferred or Chase Ink Plus then this card becomes much more valuable than just a cash back card and if you value Ultimate Reward points at a reasonable 2 cents per point then you are essentially earning 3% back which is a great deal for a no annual fee card. While I can call in or go to a Chase branch to apply for this card, I will probably wait until the application becomes available online in April before applying. I will also need to be careful since this is pushing me close to the new "5/24 rule" instituted by Chase.
Posted by Flying From The Front at 1:55:00 PM