Why I love TSA Precheck

For those of us who travel frequently (and even those who travel infrequently) there is probably no greater hassle than having to go through airport security. The lines are usually horrible, I always forget to completely empty my pockets or I'll leave a drink in my bag, and sometimes I am even lucky enough to receive a full body pat down. Also depending on how you budget your time you may even end up missing your flight or layover. That is why I believe TSA precheck is probably the greatest invention ever to come to the airline industry and here is why. 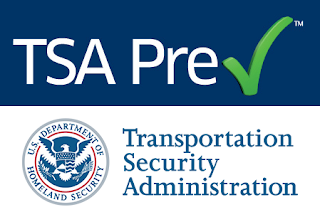 Depending on which airport you're at, TSA precheck can be a lifesaver and save you countless time and embarrassment. It has saved me on numerous occasions, especially when I've had a tight layover and am at an airport where I've had to leave security to get to another terminal. It also increases the amount of time I have to spend at a lounge enjoying free food and drinks. As a note of caution, not all airports participate in precheck so if you're counting on using it to zip through security and arrive late check at https://www.tsa.gov/tsa-precheck/map beforehand to make sure your airport participates. Also not all airlines participate in precheck although the list keeps expanding and the budget friendly carrier Allegiant was the most recent to join the ranks. Participating airlines include:


In addition to being able to go through the shorter line you also don't need to remove shoes, belts, light jackets, and you don't need to take anything out of your bag such as laptops or liquids. As of January there were over 2 million subscribers and I'm honestly surprised the number is not higher given how convenient it is once you have it. It does take a little work to obtain and costs $85 but there are numerous ways to get this reimbursed which will be discussed later. You also need to provide a small amount of documentation and need to visit one of their application centers to get fingerprinted but the whole process takes about 15-30 minutes total and is good for 5 years.

As mentioned, one of the ways to get reimbursed for the cost of TSA precheck is through a credit card perk and the following are ones that I am aware of:


While some of the above credit cards offer reimbursement specifically for TSA precheck or Global Entry, others offer a general airline credit that can be applied towards these charges if desired. If you don't feel like applying for a credit card, there are other ways to get reimbursed or get access to TSA precheck.

TSA precheck has saved me on numerous occasions and I cannot imagine flying without it now. It does take a little bit of effort to obtain it initially but in the end it is well worth it. There are also numerous ways to get reimbursed for the cost leaving little excuse not to do it. My only rookie mistake is that I opted to use my credit card reimbursement from my American Express Platinum Card for TSA precheck instead of Global Entry which automatically comes with TSA precheck which I really could have used last week on my trip to Germany. If you are able, I would definitely recommend going with this option.
Posted by Flying From The Front at 8:08:00 PM