Things just got MORE interesting with the Starwood buyout

As announced earlier this week, another player entered what seemed like an already set in stone deal between Starwood Hotels & Resorts Worldwide and Marriott International that has shook up the travel industry. As outlined in a prior post, the relatively unknown fully financed Beijing-based Anbang Insurance Group had submitted an initial offer for $76 a share which was already higher than Marriott's offer and they just upped the ante to $78 per share which equates to buyout of around $13.2 billion.

After Starwood received the initial offer they obtained a waiver from Marriott allowing them to engage in discussions with the Chinese group and their consortium. 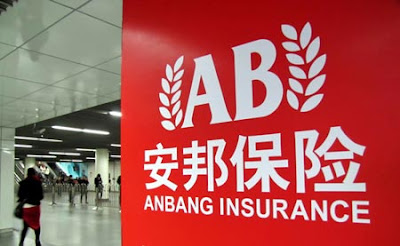 The waiver was set to expire at midnight on Thursday so Marriott has 5 days to respond to this new offer and possibly submit a counteroffer. They released this statement in regards to the recent proposal:

Marriott continues to believe that a combination of Marriott and Starwood is the best course for both companies and offers the best value to Starwood shareholders. Marriott is in the process of reviewing the Anbang consortium’s proposal and is carefully considering its alternatives. The company is considering postponing its Special Meeting of Stockholders which is currently scheduled for March 28, 2016. Marriott has no further public comment at this time.

According to sources from CNBC, Marriott is indeed planning to submit a counteroffer. Shares of both companies spiked in early morning trading on the news.

What ultimately will become of this deal remains to be seen. Whether Marriott will be able to compete and pull off a higher counteroffer seems iffy at this point but what is known is that all eyes will be on this deal until it is finalized.
Posted by Flying From The Front at 10:59:00 AM