Again, I realize this news may be a few days old but as they say better late than never. There has been a lot of talk about Cuba in the news lately with the recent historic visit by President Obama (and the awkward handshake that went viral), Starwood Hotels & Resorts signing a deal to control 3 hotels in Havana, and the announcement to resume commercial flights to Cuba in the near future and now there is one more way to plan a visit there.

Carnival Corporation became the first cruise line receive approval to start operating sailings to the island nation out of Miami after beating out 2 smaller companies Pearl Seas Cruises and the now-bankrupt Haimark Line. The cruises will be offered bi-weekly and will sail out of Miami through Carnival's sister brand Fathom which has a special focus on social impact.

Here are some of the upcoming travel dates which can be found at https://www.fathom.org/cuba-whats-included/#spot 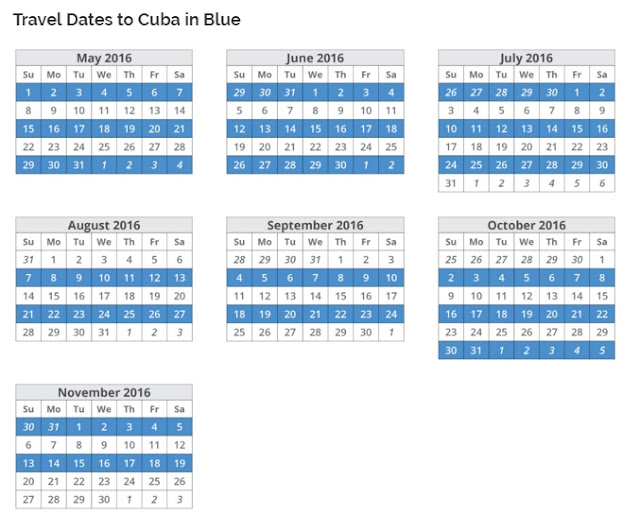 Pricing varies and starts at $1,800 in October for an interior room (based on double occupancy) but can run you up to over $9,000 for a suite at the end of May. Here are some sample prices:

Just because Carnival is the first cruise line to claim their territory doesn't mean they will be the last. Royal Caribbean and Norwegian have already submitted their requests and will likely receive government approval in the near future. 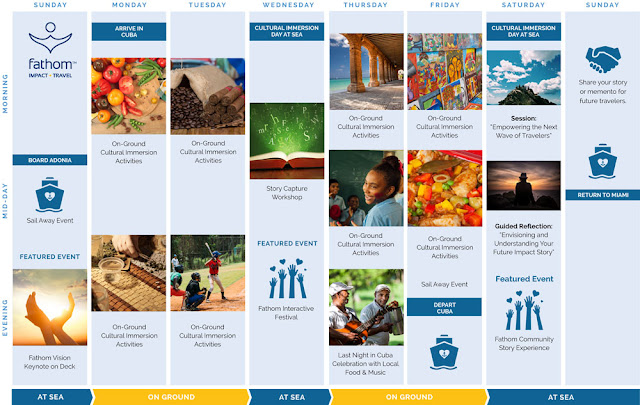 I have always been a big fan of cruising having been on a half dozen over the past couple years and will be going on another one in fact this Sunday to Central/South America out of New Orleans. I have always wanted to go to Cuba ever since it started becoming more feasible to do so and this seems like another great option to be able to experience the island. It will be nice once more cruise lines receive approval to sail to the island to create competition and lower prices but at the same time it might cause certain places to become overcrowded and touristy so getting in early might provide a different experience than in the future. Regardless it will definitely be a place I visit someday.
Posted by Flying From The Front at 7:49:00 PM